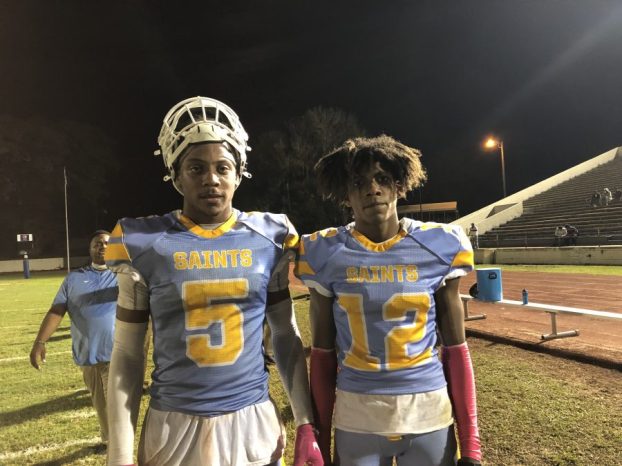 Defensive back Dakaari Nelson’s 90 yard interception return for a touchdown set the tone in Selma’s 16-6 victory over Central-Tuscaloosa on Friday night at Memorial Stadium.

The Saints (4-4, 3-1 Region 3-5A) clinched a Class 5A state playoff berth for the third straight year under head coach Willie Gandy.

Nelson, one of the state’s top college football prospects in the Class of 2023, finished with two interceptions.

“The win is a confidence booster for us getting into the playoffs,” Nelson said.

Gandy said the second straight victory over the Falcons was all about the postseason.

“The goal was to get into the playoffs,” Gandy said. “This win put us in the postseason. The defense played great. The offensive line played well.”

Central-Tuscaloosa reached the Saints’ red zone three times in the second half. Nelson and Tariq Mangram each had interceptions in the end zone for the Saints.