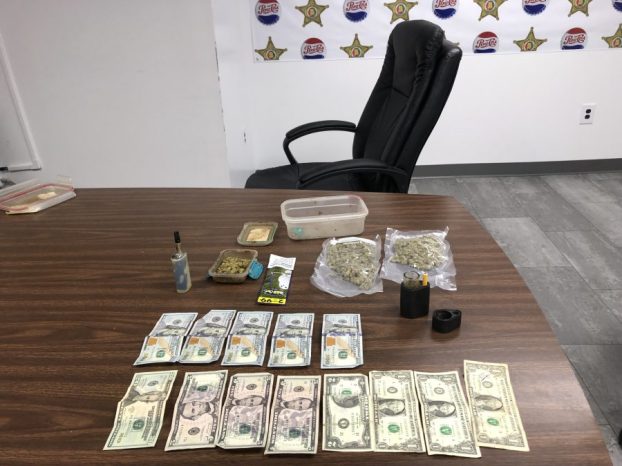 A Colorado man was arrested Wednesday night in Selma for multiple drug charges.

It’s one of several drug arrests that the DCSO has made this year.

Thomas, a Lakewood, Colorado resident, is the Dallas County Jail under a $36,000 bond.

Granthum said Thomas was arrested around 7:13 p.m. Wednesday night at the block of 7975 Highway 80 East by a DCSO Deputy

“The deputy was working on Highway 80 and the suspect was pulled over because his vehicle didn’t have a tag,” Granthum said.

Granthum said the Deputy saw a blunt on the suspect’s leg and asked if there was marijuana in the vehicle. Thomas said yes.

The DCSO deputy eventually found 100 grams of marijuana, over $500 in cash, marijuana vape filled with THC oil and a blunt.

Granthum said this wasn’t the first time Thomas drove through Selma and Dallas County. Granthum said food and gas receipts were also found in the car, leading to a bigger story.

“We think he could’ve been supplying drugs in Selma since he’s been here before,” Granthum said. “That’s another possibility we’re looking into.”

“The drugs he got arrested for are legal in Colorado, but not in Dallas County,” Granthum said. “If you come into Dallas County with drugs, you will get arrested.”