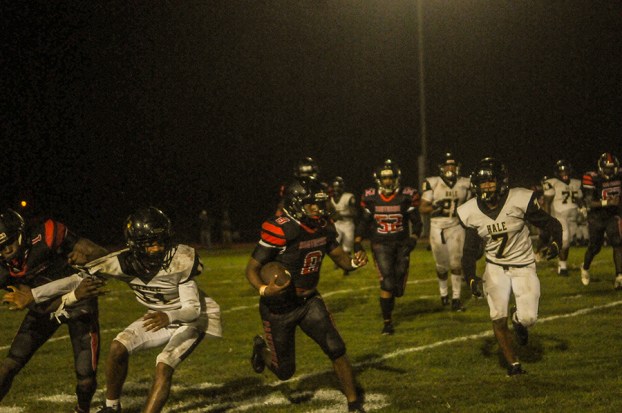 Remnants from Hurricane/Tropical Storm Ida forced the Panthers to play at Memorial Stadium because their field wouldn’t be ready in time. Southside officials got approval from the City of Selma to play at Memorial Stadium since Selma was on the road. “We practiced all week in the gym because it was raining,” Taylor said. “The coaches and players had a great week of practice.”

Southside head coach Charles Moody Jr. said he was impressed how the Panthers responded from a 49-26 loss at Montgomery Academy last week. “It was a great bounce back win,,” Moody said. “The players came in focused. It was good to come back and get another Region win.”

Smith scored on a 70-yard interception return, but a holding penalty negated the score.

Southside kept Hale County out of the end zone on the final play of the first half.

Hale County scored on a interception return in the fourth quarter.