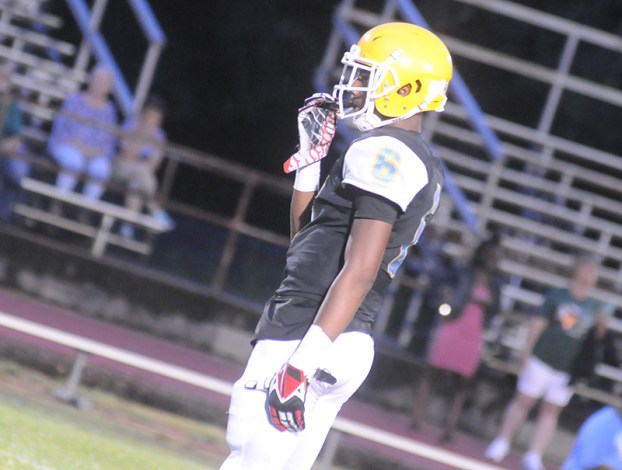 Special teams was the difference in the Region 3, Class 5A showdown between Shelby County and Selma.

“Coach Ellison said he was better looking than me, so I had to prove him by putting the ball through the uprights,” Grisby said.

Shelby County tied the game at 8-all on Connor Aderholt’s 67-yard TD pass to Matthew Pearson. They connected on a game-tying two-point conversion for a halftime tie.

“We should’ve won that game 8-0,” Selma coach Willie Gandy told the team after the game. “We gave it away. We let them drive down the field and kick a field goal to win.”

After Grigsby’s game-winner, Selma never saw the ball again. The Saints fumbled the ensuing kickoff and Shelby County ran out the clock.

“Our guys have battled all year,” Ellison said. “We made mistakes, but it did not cost us the game. I’m proud of our players.”

Aderholt completed 16 of 30 passes for 234 yards, including the go-ahead 70 yard drive.

“We’re always working on our two-minute offense, so there was no pressure,” Aderholt said. “Our kicker came through.”