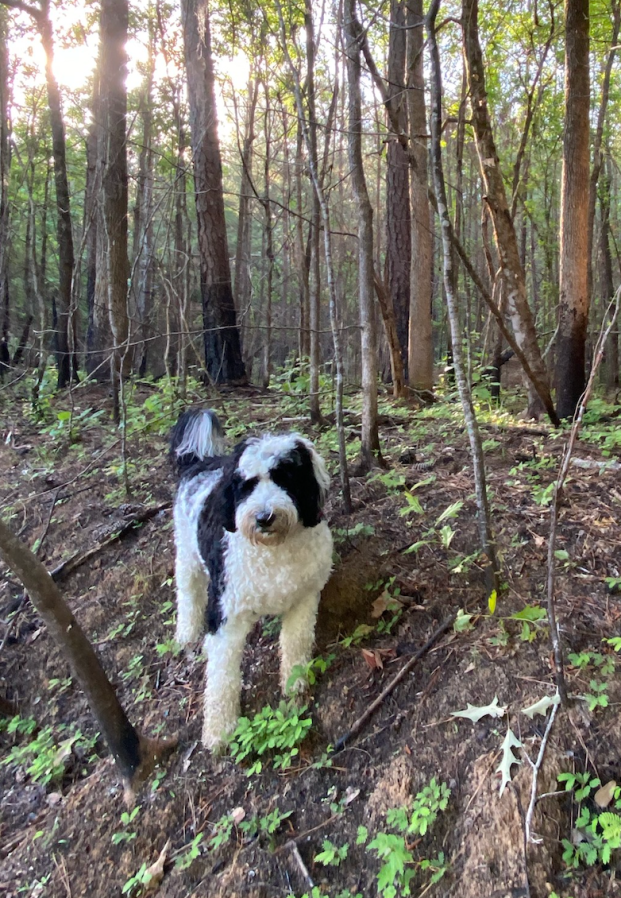 Jones submitted the photo of Rudder and said the dog goes everywhere with him.

“Rudder’s happiest place is on the water and he’s most at home on a boat,” Jones said. “Living on the Alabama River, we are out there often but he also accompanies me around town to any of my sales meetings or general meetings throughout the day. He’s basically an office dog for us here at Cougar Oil.”

The Cougar Oil family was well-represented in the Best Black Belt Dog Photo Contest as the father of Cody Jones was the runner-up in the contest.

Cody submitted a photo of his young lab, Sadie.

Rex Jones loved the competitive spirit he saw from Cody in the contest and is donating the prize package to the 13-year-old.

“I was so impressed with Cody and how he wasn’t afraid of the competition that I wanted to donate these winnings to him and his hunting dog, Sadie,” Jones said.

The winning prize is a personalized 100% cotton oil finished Shelter Dog Coat by Filson and a copy of Black Belt Bounty, an award winning deluxe hard-cover coffee table book that celebrates the traditions of hunting and fishing in Alabama’s famed Black Belt region, valued at $175.

“From sporting dogs to everyday sidekicks, we know that the Black Belt provides excellent opportunities for adventures with our four-legged friends,” ALBBAA Director Pam Swanner said.

“We purposefully opened up the contest this year to include all dogs that were out and about in the region. Rudder is well known in the Selma area and is regularly seen on the Alabama River or walking down Main Street making him the perfect recipient of the top dog in this year’s expanded contest.”