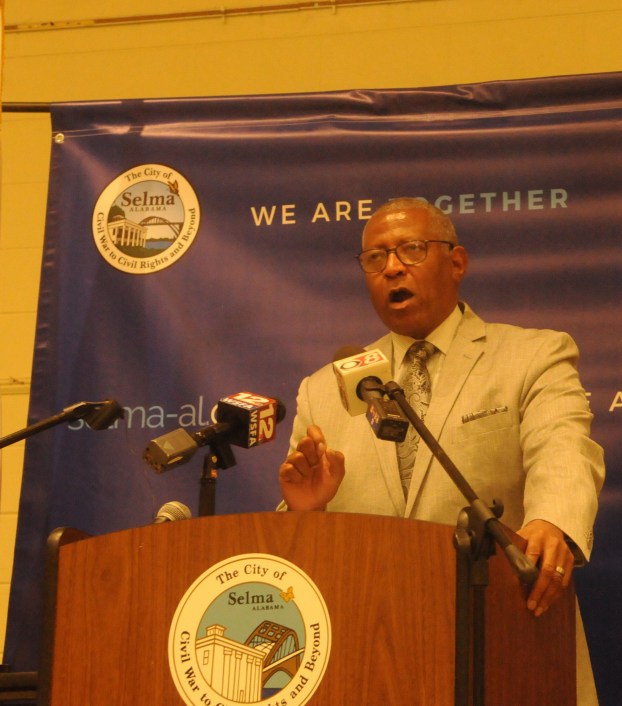 The NPG contract resolution was created by the Selma City Council and approved at the previous council meeting.

“The public, the administrative staff, nor the mayor were provided a copy of the contract prior to its passage by the city council,” Perkins said.

Perkins questioned the city council’s process to award the contract to a former Selma Police Officer.

“The consequence of the city council’s tight controls over the drafting, negotiating, approving, and awarding steps of this contract being awarded to a former police officer whose activities during the 2016 ‘blue flu’ walkout has come into question,” Perkins said. “It is problematic and should have  been more carefully vetted prior to the city council’s closed vetting process.”

Perkins said another reason for vetoing the contract because  he feels that  the “city council promoted this $60,000 sole source professional services annual contract as a major “public safety’ solution.

“It is grossly unfair and insensitive for the city council to have done this knowing that the starting annual pay for a full-time APOST certified police officer is less than $31,000 and while every detective, sergeant, and lieutenant within the department has annual salaries that are less than $50,000,” Perkins explained.

After the contract was passed, Perkins said “the morale within the police department took a major hit and, once again, plummeted.”

“Since its passing, the Human Resource Department has received at least five complaints threatening to resign,” Perkins said. “During an exit interview with a resigning officer and conversations with officers at all ranks, this issue has been consistently spoken of as a ‘last straw moment for them. They do not feel appreciated by this city council nor the public at-large.”

“Over the past seven days inquiries about exit strategies from our already under-staffed police force have significantly increased and demands for pay commensurate with the $60,000 the city council so willingly approved for this contract.”

At the work session last week, Selma City President Billy Young said that a Mayor can veto a resolution or ordinance, but not a contract, according to the Alabama League of Municipalities.