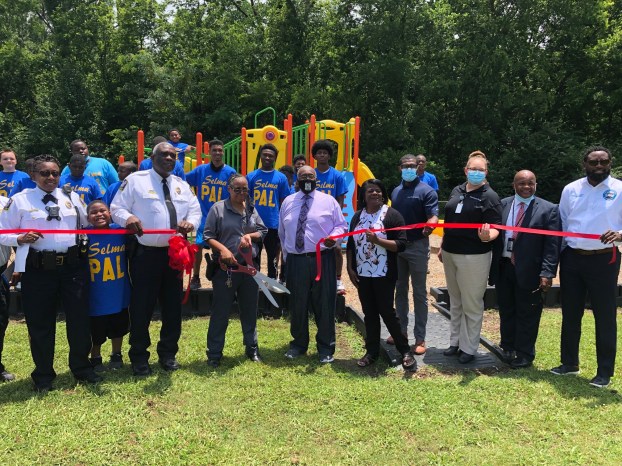 The Selma Police Athletic League held a ribbon cutting ceremony for the restoration of its playground on Wednesday.

AL Pro Health Obesity Initiative provided a grant from Alabama Cooperative System that is part of their center for disease control in Dallas County.

The total cost to restore the playground, including parts, was $60,000.

“It was a long time coming,” said Selma Police Detective Dorothy Cowan, who runs Selma PAL. “It took us a while because we were held back because of COVID-19. It’s been a process. The kids now have something to do out here.”

SPD Assistant Chief Curtis Muhannad said it was time to get the playground going.

“With all of the shooting going on in Selma, we need this,” Muhannad said.

“Kids need to be out moving around,” Nelson said.