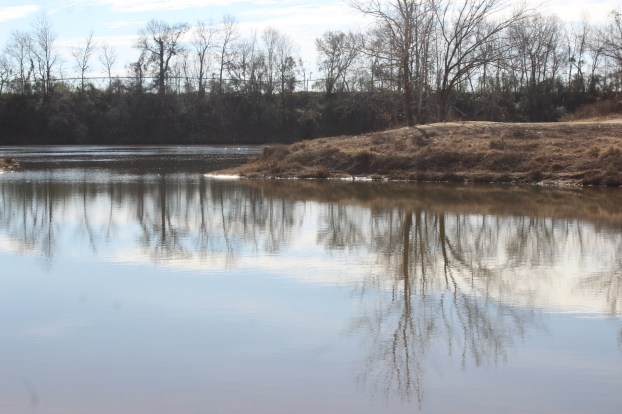 As people gathered across the country to celebrate Memorial Day, local river enthusiast Jerry Hatfield read a social media post from a friend bemoaning the fact that the Selma Marina was unfit for boaters on one of the biggest boating and recreational days of the year.

“There is just no excuse for it,” Hatfield said. “None whatsoever. It is pitiful that the citizens of Selma live next to one of the best recreational rivers in the South and the city that should consider it a great asset could care less.”

Despite continuous talk during Selma City Council meetings – both the current and former councils – nothing has been done to improve the marina and local boaters are suffering the consequences.

“To my knowledge, there are no funds in the current budget allocated for marina repairs,” said Selma City Councilman Clay Carmichael, a vocal advocate for improving the local river launch. “Although it is not in the FY2021 budget, we have asked multiple times about the funds that we voted on at least two times to be used during the FY2020 budget year. These funds were never expended and are in the General Fund unappropriated account as a surplus from last year’s budget.”

The previous council allocated $7,500 for marina repairs and even agreed on hiring Tri-County Construction to do the work, but never executed a contract.

The failure of the city to act on the council-approved plan to dredge the marina, as well as the lack of funds for the work in the current budget, was on Hatfield’s mind when he launched a private effort this week to raise private funds for the work.

“[T]he response from the people has been phenomenal,” Hatfield said. “It has shown the passion people have for our city and our river, especially the marina.”

When Hatfield first made the call for donations, the $7,500 figure originally budgeted by the city stood as a sort of goal post.

“I had anticipated folks pitching in $100 at the time,” Hatfield said. “More or less as they could afford. I figured it may take a week or so to obtain this goal. Much to my joy, amazement and excitement, we reached that goal in a few hours. We are now at about $10,000 pledged with more coming in hourly.”

The conditions at the marina are the result of “long-term neglect,” Hatfield said, and have become so bad that area boaters can’t depart from the local launch due to the depth of the water.

“Obviously, the river naturally moves around a lot of sand,” Hatfield said. “Since water does not flow through the basin, once sand enters from the river by a natural course of flow, aided by boats making waves and pushing water and sand into the basin, the sand and silt gets landlocked and does not flow back into the river. The accumulation of silt and sand obviously causes a need for periodic dredging, otherwise, the sand and silt builds up to a point where the basin and entrance to the river is too shallow to launch boats, especially after a few weeks of no rain and lower water.”

“This is a regular issue with the marina because it is a basin and the river floods and pushes sediment into the basin, much like creek mouths,” Carmichael said. “This has been done my whole life. The Alabama Department of Conservation and Natural Resources has helped before and the Kiwanis Club used to pay to have it done every two or three years.”

The problem only becomes worse when area boaters, anglers and other river-dwellers consider their options for an alternative.

“When the Selma Marina is rendered unusable, there are virtually no other places to launch, at least close by, unless you are lucky enough to have a friend with one of the very few private launches on the river,” Hatfield said. “There are a few boat launches owned by the state, but they are not desirable due to the fact they are too far away and/or too far up or downriver. Just getting back to the favorite recreational places on the river after launching at one of the far-away landings will take an hour or so and suck up half a tank of gas. Not to mention, nobody wants to leave their truck or trailer in a parking lot, unattended, out in the middle of nowhere, as most state-owned landings are.”

According to Carmichael, other options are available, but many of those are in need of repair as well.

“I think the closest place may be Prairie Creek, but I’m not positive,” Carmichael said. “Six Mile Creek and Beech Creek are also in need of dredging.”

“With the rain coming through the next couple of days, I doubt there will be anymore issues for the next week or so, but we need to get on this immediately,” Carmichael said. “This is an immediate concern, not something that needs kicking down the road.”

For Cougar Oil owner and local river wanderer Rex Jones, it’s disheartening to see nearby locales with marinas and landings in top shape while Selma’s languishes.

“For me, it is tough to see place like Camden get not one, but two state ramps that are in excellent condition,” Jones said. “They have state land and a new one was built at Portland Landing and Roland Cooper. If we had better facilities, we could attract more fishing tournaments, possible river tours of the bridge and recreational traffic.”

Still, Jones sees much the same problem with alternate launch sites as Hatfield.

“In our area of the river, if you don’t use the city ramp or a private ramp, the other options are much further away and sometimes they are not well maintained,” Jones said.

According to Carmichael, the city is currently eying a plan to address the conditions at the marina, but details are scarce.

“I can say that there are plans being formed that could happen as soon as next summer, but I cannot speak to any details,” Carmichael said. “The value of the marina is not lost on this administration. Everybody seems to have a grasp on that, but we inherited a mess. I imagine we’ll be cleaning up the messes from the last administration for years to come.”

Further information was unavailable, as Selma City Council President Billy Young did not respond to a request for comment and Selma Mayor James Perkins Jr. could not be reached for comment.

For Hatfield, the private money coming in could be enough to dredge the marina and invest in other repairs, provided contributors agree to put the money to work beyond the bare-bones work that needs to be done.

“I would like to spend every penny excess on improving the marina facility,” Hatfield said. “Folks are excited about new possibilities. They are sharing their ideas and their money. Sadly, we the citizens, money in hand, cannot make any kind of move, not even cut the grass, until the city gives the nod. We all realize it will be an uphill battle, especially since the city has drug its feet for so long, but with the help of many, we do believe we will get it done.”