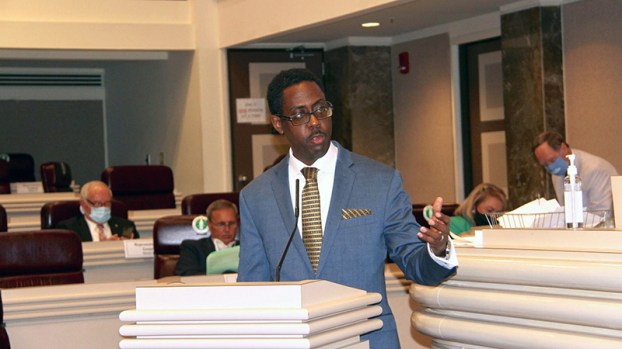 The bill is aimed at bringing uniformity to the state’s pay scale for judges and, under Chestnut’s House version, district attorneys and the Attorney General.

“After standing in the well for two hours to fight for judges, district attorneys and the Attorney General regarding their pay structure, I’m pleased to say it passed the House,” Chestnut said. “This bill brings uniformity to Judicial and district attorney pay. I thank Senator Albritton for his work on this important bill.”

The bill outlines the starting pay for judicial system authorities as follows:

“Judges who are relatively new to the bench will see an increase,” Chestnut said. “Some judges and district attorneys, who have served for long periods of time, may have their pay remain the same. Alabama currently ranks number 52 out of 55 among U.S. States and Territories in how its district and circuit judges are paid, which is substantially less than surrounding states like Arkansas, Florida, Louisiana, South Carolina and even Mississippi. In fact, Guam has a better pay structure than Alabama in this respect. I’m more than happy to carry this bill and get it through the House. Clarifying and restructuring judicial compensation will help attract the best candidates to leave private practice and seek judgeships.”

The bill also specifies pay increases and requires both that judges be licensed attorneys and log at least 12 hours of approved continuing legal education, including one hour of ethics.