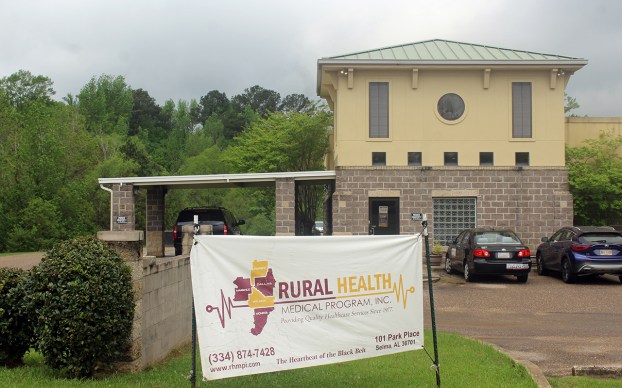 RHMP to receive over $2.3M in American Rescue Plan funding

On Thursday, U.S. Rep. Terri Sewell, D-AL, announced that the U.S Department of Health and Human Services (HHS) had awarded over $29 million in federal grant funding to support COVID-19 vaccinations and services for vulnerable populations in Alabama’s 7th Congressional District.

Among those to receive funding via the American Rescue Plan, the $1.9 trillion relief package championed by U.S. President Joe Biden, which passed Congress along party lines earlier this month, is Rural Health Medical Program (RHMP) in Selma, which will receive $2,341,750 in funding.

Further, the Cahaba Medical Care Foundation is set to receive a grant of more than $4.9 million to provide services across the Black Belt and Central Alabama.

According to a press release from Sewell’s office, the funding will be awarded beginning in April by the Health Resources and Services Administration (HRSA).

“I am thrilled to announce over $29 million in federal funding from the American Rescue Plan to several of our community health centers in Alabama’s 7th Congressional District,” Sewell said in the release. “This funding will be instrumental in our continued efforts to enhance equitable vaccination distribution efforts, particularly for our most underserved communities. I want my constituents to know that help is here!”

According to the press release, community health centers will be able to utilize the funds to support and expand an array of COVID-related services, including vaccinations, testing and treatment for vulnerable populations, as well as “deliver needed preventive and primary health care services to those at higher risk for COVID-19” and “expand community health centers’ operational capacity during the pandemic and beyond, including modifying and improving physical infrastructure and adding mobile units.”

“This investment will help increase access to vaccinations among hard-hit populations, as well as confidence in the vaccine by empowering local, trusted health professionals in their efforts to expand vaccinations,” the press release stated.

According to the release, health centers like the ones slated for funding in Alabama serve 1-in-5 people living in rural communities and 1-in-11 people nationwide.

Further, the press release noted, more than 91 percent of community health center patients are individuals or families living at or below 200 percent of the federal poverty line and nearly 63 percent are racial or ethnic minorities.

For more information on the funding is being distributed, visit bphc.hrsa.gov/program-opportunities/american-rescue-plan/awards.