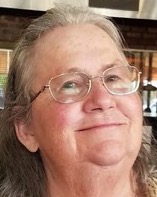 Jennifer Lou Stevens, 74, passed peacefully into her eternal heavenly home after a short illness on February 24th, with family at her side. Lou was born April 15, 1946, which made her birthday easy to remember for her taxpaying husband, in Selma, Alabama to Alton and Lurline Mott. After graduation in 1963 from A.G. Parrish High School, Lou earned an associate degree in business and was employed by Tischer Hardware in Selma. Her horizons broadened in 1967 when a young Lieutenant arrived in town for pilot training, drove past 31 Baptist churches in Selma to attend hers and became the love of her life. Gary and Lou married April 26th, 1969, and began their odyssey through life, moving 18 times during Gary’s 23-year Air Force career all over the USA plus Okinawa and Germany. After military retirement, Gary flew another 15 years for American Airlines, which led to another 4 moves before settling in Waxahachie in 1997. Throughout almost 52 years of marriage, Lou made her Lord and her family the highest priorities in life. The doors of her home were always open to the neighborhood kids, and wherever in the world she lived, her obvious love made her house every kids’ favorite playground! It was said that if Lou had chosen a career instead of homemaking, her organizational skills and personality would have led to a CEO corner office somewhere! Her volunteer work both on-base and in each of the churches at every location she lived was remarkable. When moving time came, it was always Lou, not Gary, who was going to be missed. Her favorite ministry was to preschool children, and she taught them in virtually every church she attended. Vacation Bible School leadership was also a given everywhere, but she could also be found teaching low-income families how to grocery shop wisely. In other places, working with single moms in a homeless shelter or teaching English-speaking Japanese ladies in Bible study would be her focus. She served alongside Gary in the Gideons International ministry for more than 45 years.