Flood risk study ongoing, will be boon for city

Doing my part when my time comes

In April 1985, at just over two years old, doctors opened my stomach, removed my polluted and defective liver and replaced it, making me one of the first people to receive a pediatric liver transplant in the nation.

In my early teens, doctors found a small tumor just below my chin, which they removed as I lay awake with a sheet draped loosely over my face.

When I was 16, stomach pains sent me to the hospital where doctors learned that a bile duct had been clamped too tightly in my original surgery and acidic liquid had begun filling my gut – doctors ran a tube through my ribs and drained the refuse from my stomach over the course of several weeks.

At 30, after limping and battling leg pain for weeks, doctors realized the steroids I’d taken as a child had caused necrosis in my hip and they promptly cut the rotten bone out and replaced it with a sleek patch of titanium.

In between all of these events were countless illnesses, many of which sent me to the hospital and very near death, and years of minor surgeries and medications of every kind, each necessary to get me to this day.

As I consider the new COVID-19 vaccine and whether I’ll roll up my sleeve when the time comes to do so, I find myself thinking about all of the advances in science and medicine that were required to keep me alive over the years, many of which were indeed frightening when first they were introduced, and there is no doubt that I will be vaccinated as soon as the opportunity arises.

How scary were organ transplants when first they were introduced to the public? Surely the idea of removing a bad organ from one person’s body and replacing it with one from another person’s body were things earlier generations believed belonged only in a Mary Shelley tale.

How terrifying were immunosuppressant drugs, designed to weaken one’s immune system so it doesn’t attack its own new organs? How bizarre were metal bones meant to replace rotten ones?

Indeed, every advance in technology, industry, culture and society carries with it the germs of fear.

But just as earlier peoples travelled and explored the seas never knowing if they might drop off into a cosmic abyss, we must chart a course through and around our fears if we hope to see ourselves progress as a civilization.

To be sure, fears of this vaccine or any other scientific or medical advancement, particularly any approved and released upon the public as quickly as this one, are not unfounded – Americans generally trust drug dealers more than politicians, especially those in Washington, so it’s no wonder that people are wary of a vaccine that politicos so emphatically insist we need.

Coupled with the fact that the current administration, which only a couple of years ago falsely asserted that the measles, mumps and rubella (MMR) vaccine caused autism in children, has religiously spewed misinformation about the disease since it touched down in March of last year, there is a perfect storm of apprehension brewing in the nation.

And, frankly, if it were just the suits in Congress saying we need these shots, I’d be wary too, but when it comes from medical professionals, the kind responsible for and successful in keeping me alive all of these years against threats never before encountered via technology never before utilized, I start rolling up my sleeve.

Fear and skepticism are often good and necessary, indicative of a thoughtful and attentive citizenry, but allowing those healthy self-protection mechanisms to overcome one to the point that they will put their fellow citizens at risk is something we must all strive to avoid at all costs.

As a journalist, I’m in line to get a shot in the third round of this first phase of vaccinations and, previous health concerns noted, distrust of government intact, frustration with protocol throbbing and desire for normalcy overpowering, I’ll roll up my sleeve and do my part when my time comes. 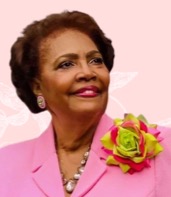