HomTex to build plant in Selma, create over 300… 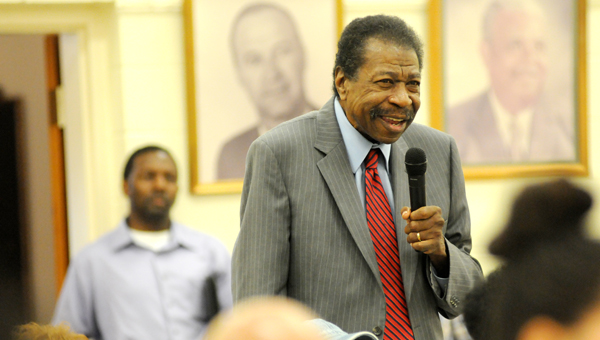 Former Selma Attorney Bruce Carver Boynton, who began the Freedom Riders in the 1960s, died of cancer in a Montgomery hospital. He was 83.

Boynton is survived by two daughters and his second wife Betty Boynton. His middle name was Carver, in honor of his godfather, George Washington Carver.

“Bruce Boynton was a Civil Rights giant in his own right,” Dallas County District Attorney Michael Jackson said. “We are starting to lose all of our Civil Rights Giants. He was a great attorney and great man.”

“Bruce Boynton is from a family of civil rights workers,” Chestnut said. “His father, his mother and he all greatly contributed to the freedoms we have today. Bruce Boynton was an intelligent man with a nuanced understanding of the procedures pertaining to the rule of law.

“He spoke his mind and he was a gentleman. “I had an opportunity to observe some of his legal work. He helped people that others refused to help. Bruce Boynton was a good man and he will hopefully receive his proper recognition henceforth.”

Boynton started the Freedom Riders in 1961 after being charged and convicted of trespassing for being in a restaurant in a bus terminal, which was “whites only.” The U.S. Supreme Court overturned his case, Boynton v. Virginia in 1960. The decision outlawed racial segregation on public transportation. He was represented by Thurgood Marshall, who later became the first Black U.S. Supreme Court justice.

Boynton’s license to practice law was held up for six years by the Alabama State Bar while it supposedly investigated the circumstances of his arrest in Virginia. Boynton began his practice in Chattanooga, Tennessee, causing the racial desegregation of that city two years before Congress passed the 1964 Public Accommodation Act.

Born June 19, 1937, Boynton received his license to practice law in the state of Alabama in 1965. He served as Alabama’s first Black special prosecutor when he prosecuted the Mayor of Beatrice, Alabama for attacking a BIack man. He was the first and only black County attorney in Alabama.

Boynton also worked with his mother, Mrs. Amelia Boynton Robinson, to receive approval by the United States Housing and Urban Renewal Department (HUD) of their $5 million housing subdivision only to have the project frozen by an executive order of then-President Richard Nixon.

While practicing in Selma, Boynton was beaten by Wilcox county sheriff Lummie Jenkins and his Chief Deputy. Afterward, he had body guards made up of SNCC workers. He successfully represented Stokely Carmichael who, along with SNCC workers, were allegedly engaged in a shoot-out with law enforcement officials in Prattville.

“Although our hearts are saddened, we rejoice at the great legacy Attorney Boynton left and that our county commissioners saw fit to name the courthouse annex after him and JL Chestnut,” Selma Center for Nonviolence, Truth and Reconciliation Executive Director Anika Sanders Jackson said.