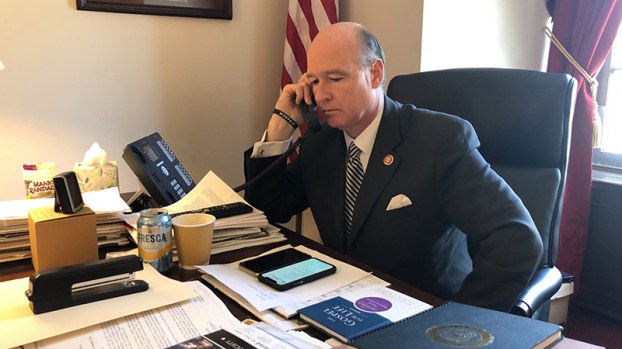 “Local news is an integral part of communities across Alabama and the entire country,” Aderholt was quoted as saying in a joint press release issued by the News Media Alliance (NMA) and the National Association of Broadcasters (NAB), two groups celebrating the move. “Whether it be print or broadcast, Americans rely on their hometown news outlets on a daily basis. The COVID-19 pandemic has made that clear and it is critical now that we ensure local news continues through this epidemic and beyond. That is why I believe government agency advertising spending in local news organizations is a crucial partnership that will benefit all communities.”

NMA President and CEO David Chavern said the move would not only extend a lifeline to small news outlets, but also be a boon for the communities they serve.

“We applaud Representatives Bustos and Aderholt for requesting this study, which would help shed light on how government agencies could shift advertising spending to support local media channels,” Chavern said. “Local print, digital and broadcast news organizations are working tirelessly to bring us critical news and information, which we need now more than ever. Advertising in local media is an easy way for our government agencies to provide much-needed support while benefiting from effective and efficient avenues to reach local communities across the country on issues of national and local importance, including the pandemic.”

The letter from Aderholt and Bustos follows appeals from more than 240 members of the U.S. House and 74 members in the U.S. Senate calling on the federal government to increase advertising spending in local media outlets.

In July, the Local Journalism Sustainability Act, which would provide tax credits to support local newspapers and boasts support from a slew of media organizations, was introduced in the House – though the legislation boasts 20 Republican co-sponsors and 52 Democratic co-sponsors, there has been little motion on the bill.

According to the letter from Aderholt and Bustos, the current pandemic “has shown that when our country faces [its] largest challenges, one of [its] greatest needs is access to reliable news and information…However, at the exact in which local news publishers and broadcasters are needed the most in their communities, local advertising revenue – which sustains local journalism – has declined dramatically.”

According to the letter, federal government advertising and public relations spending between 2006 and 2015 averaged nearly $1 billion.