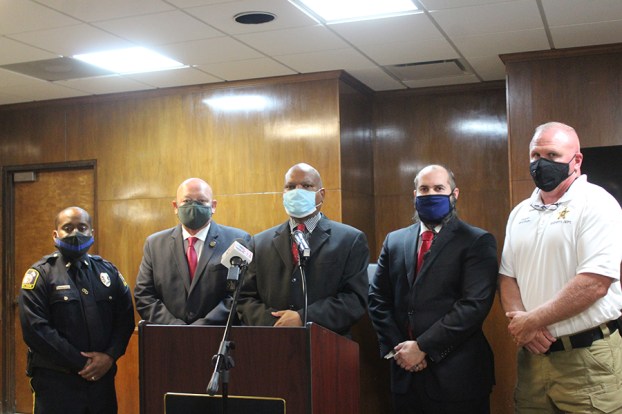 “It’s not a happy day, it’s a sad day,” Jackson said. “The law is what holds us together as a nation. They will pay the consequences. It’s an obstruction of justice.”

The charges for Till and Taconne stem from an excessive use of force from an incident that occurred on April 30 near the Crossroads Exxon at the 2700 block of Highway 80 West in Selma. Till used force against a citizen while on duty. He allegedly instructed Taconne not to say anything to anyone, including a federal agent, regarding a call Till received from his wife before the incident.

Till pled guilty on Sept. 25 in U.S. Federal Court and admitted he gave those instructions with the intent to hinder, delay or prevent the communication to a federal law enforcement officer of information relating to the possible commission of a federal civil rights violation.

As part of his plea agreement, Till will no longer be able to work in local, municipal, state or federal law enforcement, corrections officer or private security guard.

Jackson said the actions will not be tolerated.

“Public officials are held to a higher standard,” Jackson said. “It was a bullying situation. The badge is a symbol of integrity and protection. The officers handled it wrong. When you go outside the law, you pay a price. You want the public to have faith in the justice system.

The FBI, Office of Alabama Attorney General and ATF all investigated the case. Jackson said the investigating is still ongoing.