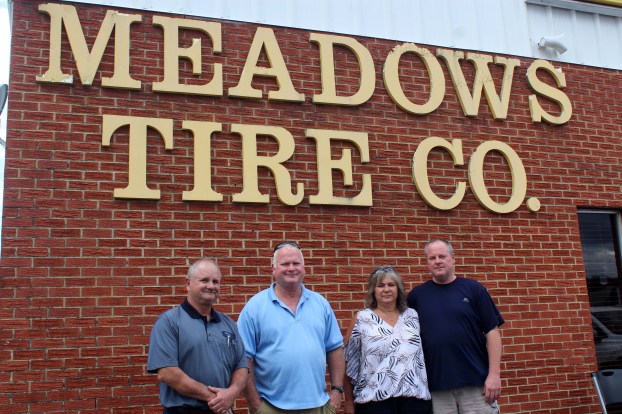 After serving the Selma community for 78 years, Meadows Tire Company will undergo a change in ownership for the third time since Chapman Meadows established business in 1942.

Meadows began his namesake tire shop when America was in the midst of World War II.

Meadows Tire Recapping, as it was initially called, was in the business of recapping tires, a process of shaving down the existing worn-out tire tread and then glueing and baking on new tread in its place.

The process was not always a reliable one, but it was necessary during the time due to the tire ration enacted in the U.S. from 1941-1945 in order to ensure that there was enough rubber for the U.S. Troops for the duration of the war.

In 1986, Bobby Jones purchased the store from Meadows and it was his sons, Jim and Mark, who brought the company into the 21st Century.

The Jones family moved the shop from its location in the old St. James Hotel on Water Avenue to its current location on Citizen’s Parkway, where the company has remained since 1987.

They then modernized the shop, outfitting it with modern-day electronic equipment and a computer system and expanding services far beyond tires, offering frame alignments, brake work and oil changes.

“Pretty much everything but engine and transmission work,” said Mark.

Jim and Mark have run Meadows Tire Company for the last 34 years, continuing Meadows’s legacy and growing a loyal base of local customers, but the two now feel the need to pass the business onto new owners, freeing them to begin the next chapter of their lives.

“We feel like we’re ready to go into something else,” said Jim.

Husband and wife Wayne and Donna Nickles will now continue the Meadow Tires Legacy as Jim and Mark pursue other endeavors.

Wayne has 35 experience working with car parts and tires, and said he feels honored to uphold the Meadows.

“I’m honored,” said Wayne. “I feel gratitude that Mark and Jim think enough of us to let us take it over.”

Wayne added that he will continue to take care of Meadows’ customer base that Jim, Mark and Meadows before them worked to grow.

“The customer is always number one,” he said. “I’ve been in the customer service business for 35 years.”