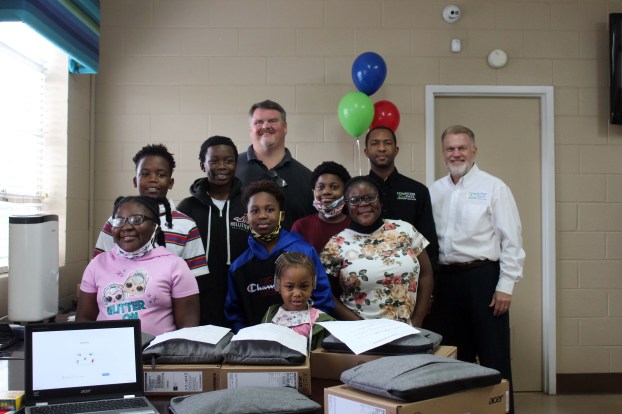 To say that COVID-19 has shaken things up for teachers, students and parents in Dallas County this fall would be an understatement.

Selma City Schools opted for a virtual start to the school year for each of its students, while students across Dallas County Schools had the choice to either learn virtually or in the classroom – that means there are a lot of students at home who are relying on a computer in order to complete their daily load of classwork and check in with their teachers.

After Woodson tuned into a news story one night on the television, he heard a statistic that inspired him to do something to ease the challenges of virtual learning for local students.

“I was watching TV one night and saw that 60 percent of kids who are virtually learning don’t have a computer,” he said. “I wanted to see if I could help.”

Woodson partnered with another Selma business, Computer and Data Services, to purchase 15 computers to raffle away to students left without a computer this school year.

According to Woodson, Computer and Data Services were able to track down 15 Chromebooks, touchscreen laptops that can also be used as a tablet, and purchase them tax-free.

“That was a big help,” said Woodson.

In order to win a computer, students had to fill out an application at KFC, which Woodson said he spread the word about via social media.

“I put something on Facebook and pretty soon 100 people had shared it,” he said.

Woodson said he entered all 47 applicant’s names into a software program that randomly chose 15 students, ranging in age from elementary to high school students.

As the students receive their computers, Woodson said the Computer and Data Services staff volunteered to help students set the computers up and fox any technical issues that come up.

“It’s hard enough. The kids are already having to virtually learn, so having a working computer is important,” said Computer and Data Services Office Manager Alex Fulford. “We have seen, in the last two or three weeks, parents come in trying to get us to basically duct tape together computers for their children to use for school.”

Woodson said that it mean a great deal to him to be able to partner with Computer and Data Services to provide the students with laptops.

“Selma’s been good to me, I want to take care of Selma,” said Woodson. “Selma is my home, and that’s what you do for your home, take care of it.”