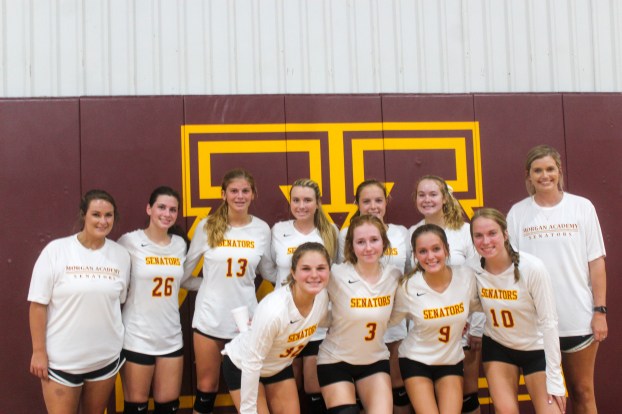 Morgan Academy suffered its first loss of the season.

Southern Academy defeated the Lady Senators in three sets, winning 25-15, 25-18, 25-18 on Thursday at Morgan Academy Gymnasium. Both teams entered the contest with 3-0 records.

“Southern Academy has a good team with great hitters,” Thomas said. “We have many more wins in our future, we can’t allow one loss to bring us down.”

The Lady Senators’ winning streak reached three with a victory over Lowndes Academy in four sets on Tuesday night.

Despite the loss, Thomas still remains upbeat about the young Lady Senators (3-1).

“How we bounce back from this win will determine the rest of the season,” Thomas said. “I believe in my girls and know that we will continue to grow and get better as a team.”

Margaret Mims is an assistant coach for the Lady Senators.

The Lady Senators will get a second shot at Southern Academy next month. Morgan Academy travels to the Lady Cougars on Sept. 15 in Greensboro.