Candidates prepare for the next phase of the campaign 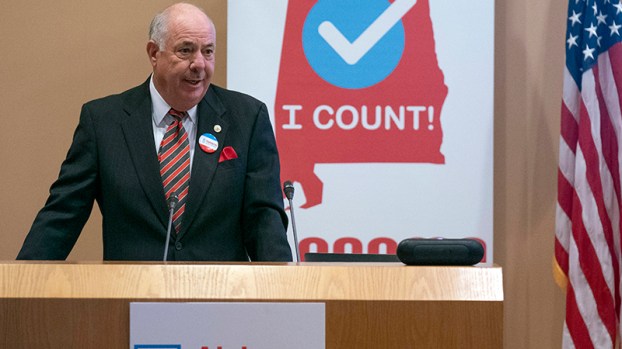 According to Alabama Counts Chairman Kenneth Boswell, Dallas County’s current self-response rate for the 2020 U.S. Census is 54.3 percent, well behind the state average of 61.5 percent, and that could spell trouble in terms of congressional representation and federal funding.

“The Black Belt has historically been considered by the Census Bureau as a hard-to-count area and the challenges posed by COVID-19 have definitely impacted efforts [to reach people],” Boswell said. “Many of the in-person events and outreach scheduled for the spring and summer were postponed due to unsafe conditions for public events.”

Beyond that, however, Boswell said “apathy and fear” play a major role in the region’s underwhelming response.

“We are constantly educating Alabamians on the enormously positive impact their census responses will have on the state for the next 10 years,” Boswell said.

Where the Black Belt is concerned, Boswell said a low response rate could result in the loss of a congressional seat, the loss of some $13 billion in federal funding and the loss of economic development opportunities.

Where congressional representation is concerned, Bosewell said his agency and the Alabama Department of Economic and Community Affairs (ADECA) are doing everything they can to avoid the loss of a seat in Washington.

“If the state were to lose a district, the legislature would take up redrawing the current seven districts into six districts,” Boswell said. “It would obviously mean one less voice for our state in Washington.”

Where federal funding is concerned, Boswell said the impact would be felt statewide.

“We can only really speak to the state as a whole, but the funding allocations to the states for many dozens of federal programs is tied to census data,” Boswell said. “So, a low count would impact federal funding for areas like education, free and reduced-price school lunches, healthcare, Head Start and infrastructure, like roads and bridges. From the state government level, the allocation amounts to the counties for road projects under the Rebuild Alabama Act are based on census numbers.”

Despite the ongoing pandemic, Boswell said the agency will launch an ad campaign and other efforts in the coming days.

“One of the biggest pieces to this push is the Alabama Census Bowl, which starts Sept. 2,” Boswell said. “Dallas County is one of 32 counties selected to participate in the Census Bowl based on self-response rates. The Census Bowl is a friendly, bracket-style competition among the 32 counties to see who can raise self-participation rates the highest. The winning counties will receive up to $65,000 to benefit public school systems within their counties.”