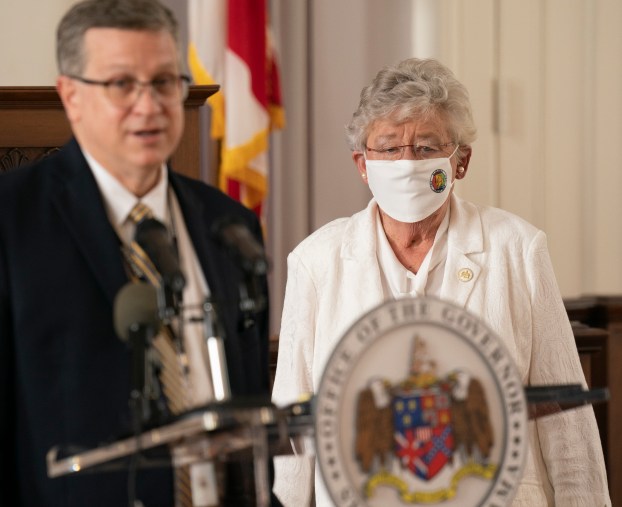 Gov. Kay Ivey announced an extension of both Alabama’s “Safer at Home” Order and the state-wide mask order through the end of August on Tuesday morning during a press conference held at the state capitol.

The expanded order includes requiring students, second-graders through college students, to wear a mask while in classrooms as an effort to prevent the spread of COVID-19 as classes begin across the state in the coming weeks.

Ivey said the decision was not an easy one, but a necessary step in “getting this virus behind us and in our rear view mirror”.

“Y’all, these decisions are not easy, and they’re certainly not fun,” said Ivey. “And there is no way in the world that you’re ever going to make everybody happy 100 percent of the time. But one thing is for sure, tough decisions are a lot easier to make when you’re on the sidelines than when you’re actually in the arena.”

The Governor said that while “no one enjoys wearing a mask”, continuing to do so is crucial for the health of Alabamians.

“Y’all we just must remain vigilant if we’re going to get our kids back in school and keep our economy open.” said Ivey. “And wearing a mask can’t hurt, but it sure can help. More and more people are seeing this for what it is. A way to protect yourself and protect others that you work with, come in contact with, care about and even love.”

After Ivey’s announcement, Alabama State Health Officer Dr. Scott Harris took to the podium to voice his approval of the Governor’s extension of the mask order.

According to Harris, as of Tuesday morning, COVID-19 cases in Alabama have reached 81,687 cases with roughly 22,000 confirmed within the last two weeks.

Harris said the numbers were not encouraging, stating that the state is seeing a fallout from Fourth of July events, similar to the spike that occurred after Memorial Day.