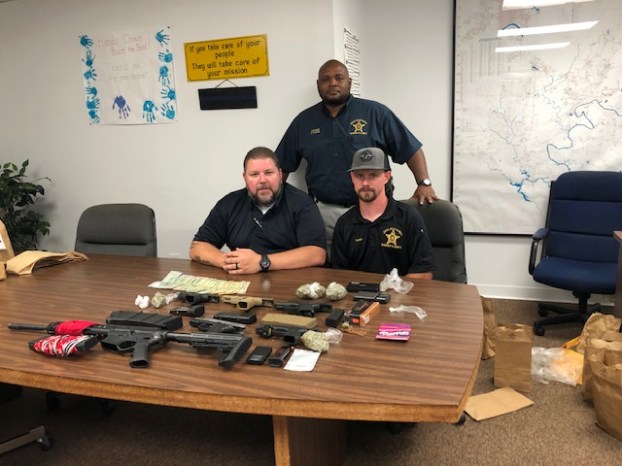 George Rowe, Artquis Smith and Kameron Williams were arrested by the DCSO, according to Dallas County Sheriff Mike Granthum.

Rowe, 26, was charged with first-degree unlawful possession of marijuana, second-degree receiving stolen property and drug paraphernalia. His bond total was $31,0000.

Smith, 25, was charged with possession of controlled substance and first-degree unlawful possession of marijuana. His bond total was $20,000.

Williams, 22, was charged with carrying a gun and first-degree unlawful possession of marijuana. His bond total was $16,000.

Granthum said marijuana, synthetic marijuana, five guns, ecstasy, two scales, cell phone and over $800 in cash were confiscated from the crime scene. The silver Honda where the crime took place was also towed. Granthum said one of the guns was stolen from the Selma Police Department.

“We’ve been getting a lot of complaints in that area,” Granthum said. “We’re starting to see large amounts in these drug arrests. We’re not going to put up with it.”

Granthum said the DCSO is still investigating the incident and more charges could take place.