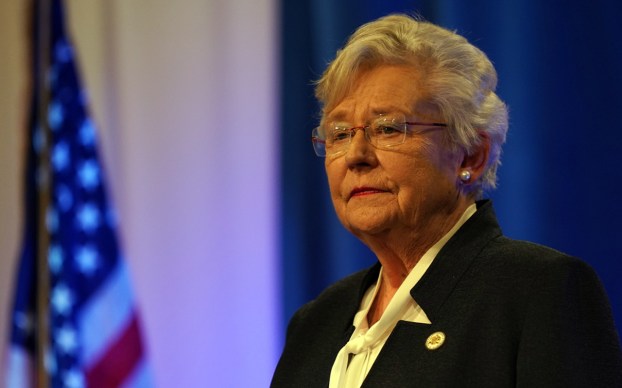 Governor Kay Ivey held a Joint Press Conference with Alabama Department of Public Health, Alabama EMA and Alabama State Department of Education to declare a state of emergency in light of the Corona Virus Friday March 14, 2020 in Montgomery, Ala. (Governor's Office/Hal Yeager)

In a scene that has played out multiple times over the past several months as the state has moved from one response to another amid the growing COVID-19 pandemic and the economic fallout experienced in its wake, Alabama Gov. Kay Ivey appeared before a small gaggle of masked journalists in an oversized room Tuesday to layout the state’s plans in the coming weeks.

During the press conference, Ivey announced that the current “Safer at Home” order, which was set to expire at the end of the week, will be extended until the end of July.

“In just a couple of weeks, it will make the four-month period that our state has responded to COVID-19,” Ivey said. “This is an unprecedented year, not only for our state but our entire country and the world. Our citizens have been hurting in multiple ways.”

Ivey noted that the current order, issued in April, was aimed at simultaneously keeping people safe from the virus, allowing some businesses to reopen their doors and give governments and hospitals an opportunity to prepare for the coming onslaught.

To date, more than 33,000 Alabamians have contracted the disease and more than 900 have died.

“We are still in the thick of this virus…and it is deadly,” Ivey said.

While Ivey noted that the state could mandate wearing masks in public, she noted that such an order would be difficult to enforce – as such, the governor focused on the need for each person to do his or her part in combating the virus.

“Personal responsibility means it’s everyone’s responsibility,” Ivey said. “It takes all of us to be vigilant and adhering to these social distancing guidelines in order to curb the spread of this deadly disease. We must each do our part.”

Ivey added that the speculation that the recent spike in COVID-19 cases in the state is due to the Memorial Day weekend “alarming” as the state moves into the Fourth of July holiday.

Ivey said she reserves the right to reverse course if the state continues “going in the wrong direction” with coronavirus cases.

“COVID-19 has become our new normal and we should be prepared to live with it as long as it takes,” Ivey said.

Harris noted that the state has seen 28 percent of its total virus count in just the last 14 days.

“That means we know we have increased transmission going on in the community,” Harris said.

Harris also noted that hospitals are seeing higher rates of coronavirus patients than were seen earlier in the pandemic, with more than 750 people currently in hospitals and only about 275 ICU beds left in the state.

“These numbers are higher than we have seen so far,” Harris said. “Please continue to take this seriously. We know there are many people who have not yet gotten the message. Our state has opened up in many ways, but it’s not the time to let our guard down.”

Harris pleaded with people to follow health guidelines, specifically wearing a mask, which he said is done “because you care about other people.”

“There’s so many uncertain things going on in the world right now, but this is something we can do something about…we all know what we need to do and we all can do that,” Harris said. “This is really a time for us to step up and take responsibility for our own behavior. What you do affects other people.”