The Lady from Dallas: Hattie Hooker Wilkins a forgotten… 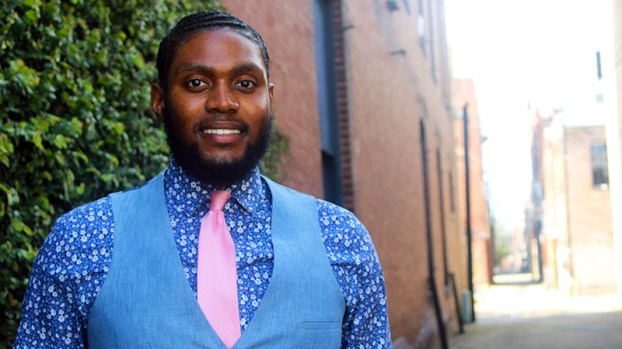 Matthew Rhaheem Smith III – familiar to most through his social media moniker of “Rhaheem ‘LivingTheLife’ Smith, under which he runs the Facebook page “Selma’s Bright Horizons” – loves the city of Selma and he spends a lot of time sharing that love with everyone he comes in contact with.

“I absolutely love the big, beautiful city of Selma,” Smith said. “This city has such a beautiful bustle and is quickly rebounding and headed towards the top of the throne in which the Queen Selma belongs.”

Smith, a Selma native, moved to Birmingham for four years to study at the University of Alabama – Birmingham (UAB) and, after earning a degree in accounting, took a job with the Alabama Department of Revenue in Birmingham.

“My love for the beautiful, thriving City of Selma led me to move away from my job and commute into the City of Birmingham Monday through Friday,” Smith said.

Smith said the Facebook page, which turns a keen eye to the positive happenings in Selma – new businesses going up, sunsets glowing over Broad Street, new construction sites popping up – sprang out of an idea between he and Selma native Elyse Wilson.

“I drive around the entire city and take pictures of all the beautiful sites in the area,” Smith said. “New construction and beautification projects are highlighted throughout the beautiful Selma metropolitan area on a daily basis. It has proven that positivity and good vibes can really allow a city to really grow. Negativity is never the answer.”

Smith said he was encouraged to take on the project after hearing a sermon from International Mission Jesus Founder Dr. Paul J. Kim, who bought the old Concordia College campus and has hosted a series of revival-style services in the city, in which Kim “prophesized” that Selma was soon to experience “overwhelming” growth and prosperity.

“I believed all that he claimed and was moved by God and this led to me create ‘Selma’s Bright Horizons,’” Smith said.

For Smith, the most rewarding part of his online public relations efforts on behalf of the city is seeing more and more people interested in laying down roots in the city – Smith recently convinced a close friend from San Diego to move to the Queen City after hearing another of Kim’s sermons.

“She knew in an instance that Selma was the place she needed to be,” Smith said. “And she is absolutely in love with the beautiful City of Selma. She feels that it’s a magical city that allows room to do absolutely anything that your mind can dream of and actually be in a position to see your dreams come to fruition here.”

Smith has a bevy of other friends – from Texas, Atlanta, Chicago and elsewhere – all eying the Queen City as their new home and making plans to open up businesses or other operations in the area.

“Great things are on the horizon, Selma,” Smith said. “So, my group, Selma’s Bright Horizons, is truly having a huge impact on this city. Its impact is more than the mind could imagine. The group is not led by me, but it is led by the Great Divine, so it is guaranteed success.”

For Smith, Selma is “big city leaving,” providing the same allure as major Alabama cities like Birmingham with less of the big city stress.

“After living in Birmingham and coming back to Selma, I can honestly say that they both feel the same to me, minus the excessive traffic that Birmingham has,” Smith said. “Selma gives me metropolitan vibes with less traffic. It has a big city feel without the hassle of some larger cities in the state. Selma is such a small, condensed and beautiful urban city, which is a quality that I love in cities.:”

For Smith, the spirit of the city’s people is its main selling point, along with its classic architecture – the Edmund Pettus Bridge stands as Smith’s favorite landmark in his hometown.

Beyond its place in his heart, Smith sees Selma as a place that has brought people together over the years, both in the creation and study of its renowned history.

“Selma is a special place in Alabama and the nation due to its history,” Smith said. “Selma provided Americans nationwide equal opportunities. Selma has such a rich history and that history has allowed the city to sustain for 200 years. Selma has hosted people of every walk of life since its formation. Many other places in America could only dream of rivaling the history in Selma.”

Smith is anxious to see new businesses pop up across the city, something he says will “bring bounty back to the people” of Selma and create a metropolitan feel unlike those in other parts of the state, and to see new people joining the community.

“The time is now,” Smith said. “The city’s growth is moving at lightning speed. A city whose economy once slumped is now rebounding and adding new jobs and businesses each and every day. Selma has one of the lowest costs of living in the nation and commercial and home real estate is at a ripened rate for opportunity.”