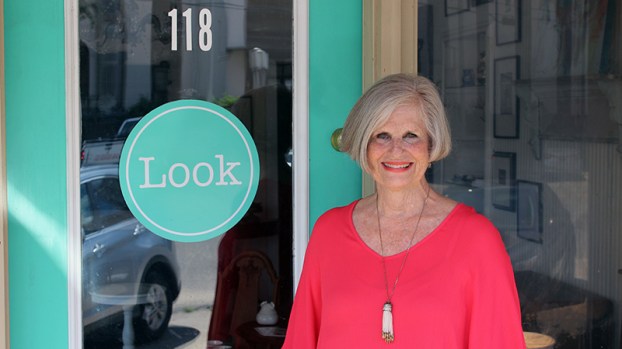 There, she has been finding, restoring and reselling furniture and other décor for over two years.

There’s much more to the quaint shop than the brightly-painted front door, welcoming array of flowers and colorfully painted chairs that serve as a pleasantly permanent fixture on Lauderdale Street.

Murray’s shop goes all the way back to the alley behind El Ranchero’s Mexican Restaurant and each square foot of the space has been dedicated to Murray’s inventory, which she is always rearranging and refreshing to make every first Friday and Saturday of each month that she is open feel like a new experience for customers.

“I’ve been in sales and retail since I was sixteen,” said Murray. “It’s really hard to get out of your blood.”

Murray, originally from Dallas County, attended Auburn University and then arrived in Selma in 1979.

While raising her children, Murray didn’t work but she later returned to retail at Carter’s and then served as the CEO of the Selma-Dallas County YMCA for four years before retiring in 2017.

It was then that Murray decided to return to retail and open Look.

“When I retired, I didn’t want to do nothing and Selma needs more shopping,” said Murray.

Murray considers the way she runs her store an event.

Look is open only by appointment and on the first Saturday and previous Friday of each month.

“There are lots of people here on those two days,” said Murray. “Then, I shut down and move everything around and buy new stuff. That’s really fun to me.”

She finds many of her pieces from local places like Junebugg’s Flea and Antique Mall, The Treasure Box, Goodwill, The Salvation Army, Beau and Angie’s Auction and local estate sales.

“You can find a lot of things here if you’re willing to fix them up,” said Murray. “Which is very enjoyable for me.”

Murray said that oftentimes, a lot of elbow grease goes into transforming a piece into something that fits in within the aesthetic of her shop.

“I like that though,” said Murray. “I really do. I can’t paint everything I find each month, but I’ll choose five or six pieces to paint.”

Murray’s passion for her store has come in handy over the past couple of months since COVID-19 has forced many stores to close their doors.

Murray has taken advantage of the down time to work on pieces and prepare her shop to reopen.

“That’s been really fun,” she said.

In addition to the furniture and décor that fills the majority of Look, Murray also works with local vendors to stock the store with newer items.

Murray has art, calligraphy and pottery from Sarah Wagoner and hand painted items and prints from Susan Hunter.

“Those relationships are really important to me,” said Murray. “I love what they bring to the table because it’s not anything that I can do.”

Murray said she was excited to be part of a cluster of new things going on Lauderdale Street.

On the other side of the alley, BJ Smothers has opened a store similar in concept, though different in style to Look, called “Eclectica” and next door AC Reeves is working on a multipurpose creative space.

“I’m excited,” said Murray. “This is going to be a really exciting corner of Selma once everything gets opened up.”