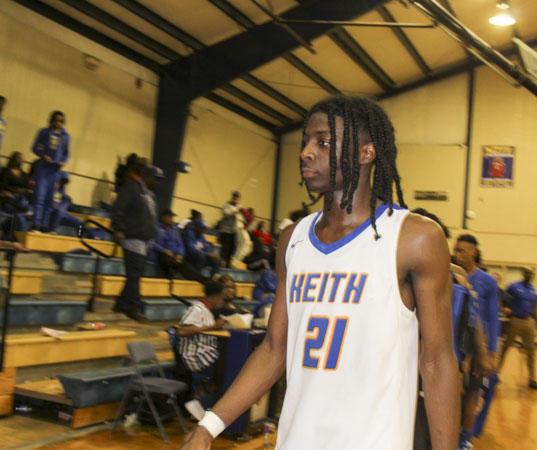 The Selma Times-Journal basketball player of the year  has signed a scholarship to play at Lawson State Community College next year.

Jones said he’s excited to play for LSCC,  located in Birmingham and over 100 miles away from Orrville.

“I just felt like Lawson State was a good fit for me,” Jones said. “I’m ready for it and I’m very much looking forward to it.

The 6-foot-3 Jones expects to play shooting guard for the Cougars. He averaged 22 points and 12 rebounds a game.

Jones leaves behind an impressive legacy at Keith High. made the Alabama Sportswriters Association (ASWA) All-State team for the last three seasons. He made it at Class 2A and the other two seasons at 1A.

For Jones, his favorite moments at Keith High were leading the Bears to the 2018 Dallas County Schools Holiday Basketball Tournament and earning MVP honors.

“My biggest memory at Keith is when we won the County Tournament, homecoming,” Jones said. “I enjoyed playing with the boys on the team, making them better and having fun, that’s what I will always remember from playing at Keith High.”

“With Arayvion’s skillset, you didn’t have to draw up a play,” Reeves said. “It was great to have the ball in his hands whenever we needed to make a big shot.”

Jones was a finalist for player of the year last season. He also played in the 2019 North-South All-Star basketball game.

Jones is also looking forward to graduating from Keith High with his senior classmates on June 19. Jones said he enjoyed the camadarie with his classmates.