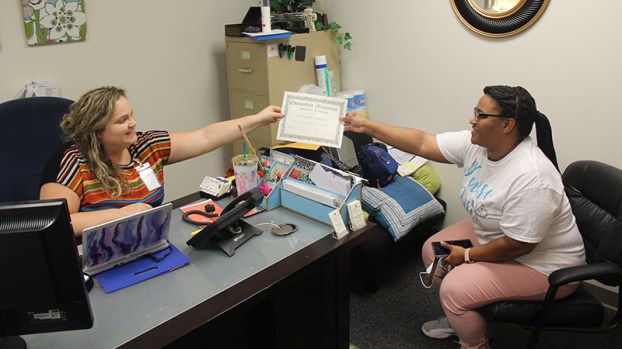 The Edmundite Missions are celebrating the first two graduates of their Forward with the Missions Fellowship Program this week.
The fellowship program was developed to help Wallace Community College – Selma nursing students become RN’s after making it through the LPN program.
The program seeks to provide social assistance to help students worry less about a utility bills, rent, childcare, or car payments and focus more on achieving their degree.
Quinshea Walker said she immediately saw the Forward with the Missions Fellowship Program as an opportunity to further advance her career and filled out an application as soon as she learned about the program.
“I’m not sure if I was the first applicant but I was close to the first,” said Walker.
Walker said she was relieved to relieved to be accepted into the program.
“I really appreciate everything [Edmundite Missions] have done because it really really really helped. It gave me time to focus on my schooling and focus on my children,” said Walker.
As the mother of two children Walker said it would have been incredibly difficult to become an RN without the assistance of the fellowship program.
“Quinshea Walker’s Fellowship was sponsored by the Rita Kulick McFadden Scholarship Fund, named in memory of the wife of one of the Missions donors,” said Edmundite Missions CEO Chad McEachern. “Mr. McFadden spent his life serving in the healthcare field and we’re so proud to carry on the legacy of he and his wife through dedicated students like Quinshea. Quinshea is working in Selma helping those who are ill and hopes to remain doing so now that she’s achieved her RN. We know she’ll make a difference in the lives of many.”
Now that she’s become and RN, Walker want to continue her studies and become a Nurse Anesthetist (CRNA).
For Sarah Williams, the program’s other fellow, the fellowship allowed her to fulfill her dream of becoming an RN after a particularly rough 2019.
Williams father passed away in January of that year and her mother passed away due to colon cancer in March later that same year and just a couple of months later, Williams became pregnant with her first child.
“This program allowed me to prepare myself for my child,” said Williams. “It gave me the confidence I needed. Knowing someone believed in me enough to put forth the money to help me become an RN meant a lot,” she said.
Without the assistance provided by the program, Williams said she likely wouldn’t have been able to achieve her goal. 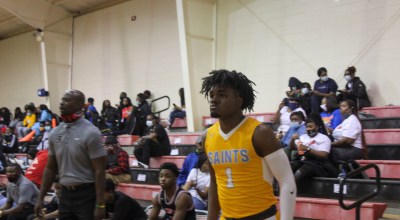