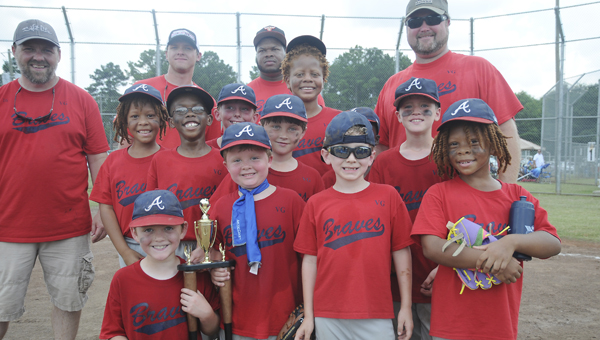 Valley Grande has officially canceled its baseball and softball season because of the COVID-19 pandemic.

The Valley Grande City Council and Parks and Recreation Director Bubba Holley made the decision on Tuesday night.

“The Valley Grande City Council along with our city sports coordinator unanimously agreed that the best option for the safety of our players and everyone involved, it was to cancel the season and refund all fees that have been paid.”

Holley admits that it was a tough choice, but the kid’s safety is the top priority.

“It was not an easy decision, but we would sacrifice one season so that nothing happens to anyone,” Holley said. “Thank you for being patient as we go through this trying time.”

Holley said that all parents will receive a refund of the registration fees by mail only, not at Valley Grande City Hall as soon as they’re able to.

“We have followed closely what other leagues have done and we normally would be wrapping up our season the first part of June,” Dobbs said. “With the current state recommendations and even as they begin to loosen, the players would still be sharing equipment and be in close contact with one another in the dugouts.

“As the Mayor of Valley Grande, I believe it is always best to err on the side of caution when it comes to everyone’s health.”