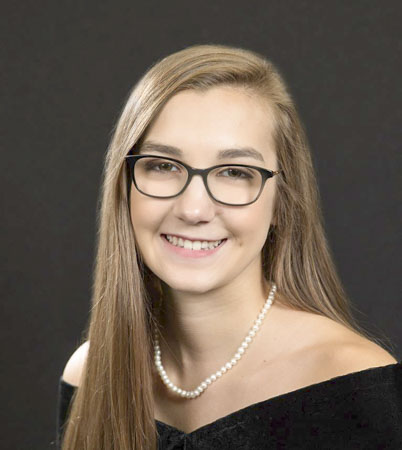 Erin McIntyre has added another Valedictorian honor to her trophy case.

McIntyre is the Valedictorian in Meadowview Christian School’s graduating class of 2020.  MCS will hold its graduation at 6:30 p.m. Thursday night at Wadsen Field.

“I’ve worked hard for it since the ninth grade, being named the class valedictorian is a great honor,” McIntyre said. “It’s always been a goal of mine.”

Determination also powered McIntyre through to earn the prestigious honor of MCS’ top senior. She will finish with 4.0 GPA.

“I learned that hard work can get you where you want to go,” McIntyre said. “Being the class valedictorian is my best individual honor at MCS. Other memories at MCS I achieved with my classmates and teammates.”

“Erin did what she set out to do,” said Bryan McIntyre, a Cotton farmer in Dallas County. “She wanted to be valedictorian and she did it. I’m proud of her.”

“I didn’t get to finish with my classmates, but I’m going out with a bang,” McIntyre said.

McIntyre will continue her athletic career at Huntingdon College, earning a scholarship to play volleyball.