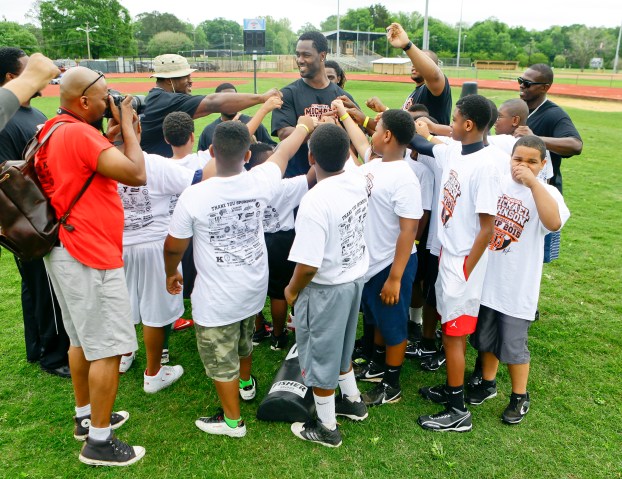 The 2020 Michael Johnson Youth Football Camp has been postponed.

The Michael Johnson Youth Football Camp is postponed until further notice because of the coronavirus pandemic.

Thomasene Johnson, who runs the foundation for her son, said the 13th annual camp will be rescheduled at a later date. Michael Johnson retired from the NFL last year.

“Because of the threat of the virus, we felt that we needed to postpone the camp for the time being,” Thomasene Johnson said. “We hope to do it later in the summer if everything goes well. We didn’t want to put the kids and their parents in danger.”

Michael Johnson is a former Dallas County High School football standout and was a valedictorian in the Class of 2005. Johnson signed with Georgia Tech and later became an All-ACC defensive lineman between 2005 and 2008. He earned a degree from Georgia Tech a decade later.

Johnson was a third-round pick of the Cincinnati Bengals in 2009. Johnson spent nine of his 10 NFL seasons with the Bengals. He played with the Tampa Bay Buccaneers in 2014.