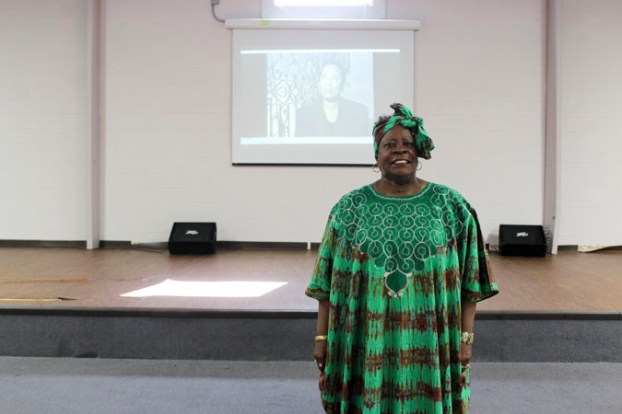 Hattie Chambers-Givan did not get an opportunity to participate in the historic Selma to Montgomery March 55 years ago.

Chambers-Givan was one of the storytellers at the Gullah Geechee Film Festival last week at the George P. Evans Building.

Chambers-Givan was a sophomore at R.B. Hudson High School and her parents didn’t allow their six children to get involved in the March 7, 1965 movement that eventually led to the Voting Rights Act of 1965.

“I wasn’t allowed to participate in the movement because white people threatened my parents to lose their jobs if their children participated,” Chambers-Givan recalled. “My father worked at Norris Lumber Company and my mother worked at Craig Airport. My parents feared for their jobs. I obeyed my parents.”
Chambers-Givan said their parents left Selma, took the children and spent the day several miles away in Jackson.  She said they returned to the Queen City after “Bloody Sunday.”

“Upon our return, everything happened and I was devastated,” Chambers-Givan said. “My parents were devastated. We wanted to be involved. My friends were involved. They were locked up and terrified.”

But Chambers-Givan found a bright spot from the Voting Rights movement: she met her future husband, David Givan, one of the original foot soldiers. They’ve been married for 47 years and reside in Birmingham.

Chambers-Givan, 71, said she shared experiences growing up in the Civil Rights Era with her students over the years.

“I always taught students the value of a good education and the importance of black history,” Chambers-Givan said. “I told them about growing up in Selma and the problems I had.”

“I love Selma, this is where I came from,” Chambers-Givan said. “I’m proud to be a Selma resident.”