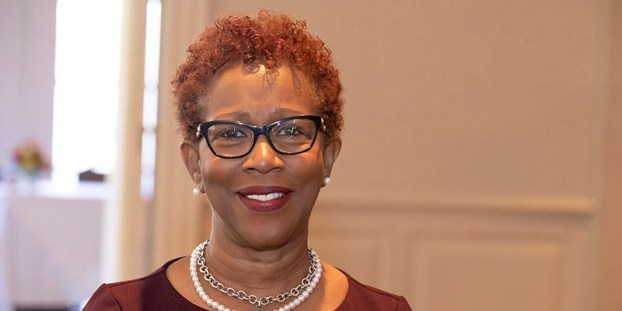 Selma’s The Coffee Shoppe took home top honors Tuesday in the state as the Gold Alabama Retailer of the Year in the Annual Sales Less Than $1 Million category.

Owner Jackie Smith said the drive to come home and start a small coffee shop was from her love for people and love for the Selma community.

Smith originally was commuting to work in Montgomery from her home in Selma when she finally decided to take the plunge into owning a small business.

“This award is not about me. It is about Selma,” Smith said as she accepted her award at the Alabama Retail Day awards ceremony in Birmingham. “It is about the impact, we’ve made on this community, and them giving back … them giving back by coming to buy their lattes, buy their smoothies, get their sandwiches and just come by and say, ‘Hey, y’all are doing a good job, keep it up.’’’

Smith added, “I don’t want people to think that operating this business has been some fairy tale, because it has been far from that. There have been many times that I wanted to just throw the towel in and walk away from it all.” Instead, she worked harder.

In 2018, The Coffee Shoppe developed relationships with local tour companies to capitalize on Selma’s role in civil rights history. The shop experienced a 25 percent growth rate in the number of visitors served.

Sheryl Smedley, executive director of the Selma Dallas County Chamber of Commerce and Tourism Information, nominated Smith for the award. “She’s done an excellent job as an entrepreneur in downtown Selma,” Smedley said. “For Jackie to receive this award is a major accomplishment for our entire community.”

One of the 2019 Retailer of the Year judges noted that Smith is “an example of doing things you have to do to succeed even when you’re not in an affluent community.”

The Coffee Shoppe was one of 14 retail businesses honored today as Retailers of the Year. The Alabama Retailer of the Year awards, started in 1999, honor retailers who have demonstrated growth, innovation and a commitment to their respective communities. This year’s winners came from a pool of more than 70 nominees.

“Jackie Smith is a retailer who stands out every day for The Coffee Shoppe customers, her four employees, the Selma community and tourists from around the world,” said Alabama Retail Association President Rick Brown.

The Coffee Shoppe opened on Broad Street in 2011 and in those early years struggled to survive, often leading Smith to doubt if its doors would stay open – just over seven years later, the tiny café has not only survived but thrived.

Smith noted that her business only has five parking spaces and 27 seats, but continues to make an impact in the community by partnering with local businesses, schools and organizations.

Most significantly, Smith said, it’s her four employees that deserve the most recognition.

“Yes, I accept the award as the business owner,” Smith said. “But it’s these four that are touching and feeling the customers each day.”