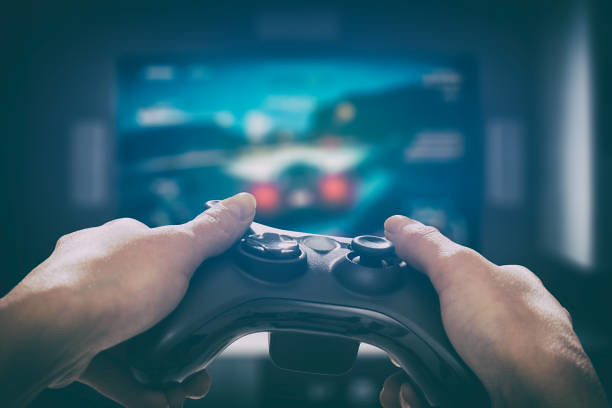 Andre Williams, the software developer behind recently opened multimedia studio at Southside High School has a new vision for the Selma-Dallas County area.

Williams has leased the space at the Selma Mall that formerly housed Blockbuster in hopes of turning it into the an ESports arena and video game lounge for the students of Selma City, Dallas County and area private schools.

“The goal here is ESports, electronic sports,” said Williams. “When I was a student at Southside in 1999, Selma High School hosted the state track championship. Why not build the first arena here in Selma and put Selma back on the map for an athletic championship?”

ESports, essentially online video games such as Fortnite and League of Legends, were approved by the Alabama High School Athletics Association (AHSAA) last April as a varsity sport. Since their approval teams across the state have established their own teams, and some students across the country have even earned ESports Scholarships.

“The AHSAA is 100 percent behind this,” said Williams.

According to Williams, 400 students from 40 schools competed in the ESports state championship last year.

After speaking with both superintendents, Andre aims to speak with each principal to discuss the benefits an ESports program would provide students.

Williams spoke to the Selma Rotary Club Monday afternoon to seek support for his project.

Williams believes that ESports can be a way for kids who aren’t interested in athletics to still meet with each other, work as a team and participate in an extracurricular activity.

“There’s a lot of kids who don’t play sports that need something to do after school,” he said.

Williams also stressed safety as an important feature of the future space.

Williams seeks to create a family-friendly space where kids can safely interact with one another, play video games and avoid trouble.

“I want to create a space where a parent can leave their child for five or six hours and feel that they’re completely safe,” said Williams.

Williams vision for the project is huge, but the project is still in its earliest stages and needs much financial support before it come to fruition.

“We’re starting with no budget,” he said. “We’re using our own paychecks.”

According to Williams, a few consoles and a large percentage of the furniture have been acquired but the project still has a long way to go.

Williams say that the arena and gaming lounge needs gaming consoles, televisions, transportation to get children in remote spaces to and from the space, furniture, building materials for gaming stations, carpet cleaning, electrician and plumbing services and security for both the arena and the parking once the project is completed.

Williams is in the process of writing grants to get the project completed, but even if grants are received additional financial assistance will likely be needed.

Donations for the project can be made through Tailor Made Leadership Academy, Inc., a nonprofit established by Williams, at www.tmlacademy.com/give.