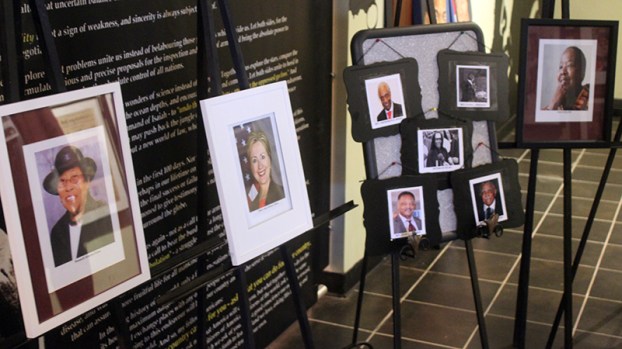 A slate of movers and shakers were inducted into the National Voting Rights Museum’s Hall of Fame during a short ceremony Friday afternoon.

Loretta Wimberley welcomed those in attendance and spoke briefly on the importance of the museum, noting that many landmarks of civil right history are lost to time if not for the efforts of the museum and similar operations.

“Many of our stones are already gone,” Wimberley said. “But some are still here.”

Judge Jaribu Hill, a human rights attorney and Founder and Executive Director of the Mississippi Workers’ Center for Human Rights, was on hand to be inducted.

Hill stated that black women were the first #MeToo Movement, having suffered sexual assault and rape as slaves, and continue to suffer today.

She also talked about the importance of the weekend’s activities.

“Our blood is drenched on that bridge,” Hill said. “Let’s just keep up the fight.”

Nkechi Taifa, whose work centers around criminal justice and issues of mass incarceration, was also present to be inducted into the museum’s Hall of Fame.

Taifa said she had been inspired by the death of 14-year-old Emmett Till and discussed how mass incarceration is the modern incarnation of slavery.

Two sisters with the Edmundiste Missions were in attendance to speak on behalf of the Sisters of Selma, who were also inducted into the Hall of Fame Friday afternoon.

The women talked about how the Sisters of Selma provided first aid to marchers during “Bloody Sunday” and how many had taken part in smaller marches that broke out in the area.

Rev. Frederick D. Reese, who passed away last year as the last surviving member of the “Courageous Eight,” was also honored during the ceremony.