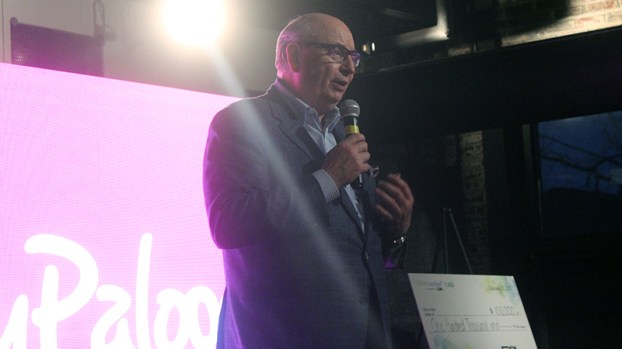 The Economic Development Partnership of Alabama (EDPA)held the finale for its Alabama Launchpad Competition before a sold-out audience at Arts Revive Thursday evening.

EDPA President Steve Spencer said in a press release that Selma’s event was the first to sell out since the competition began more than a decade ago.

“A couple years ago, we only had about 20 to 30 people show up for the competition—that’s how much this competition has grown in popularity,” Spencer said. “Usually, we have about 75-100 people come to these events—so this year we’re excited to have exceeded those numbers.”

The competition is a way for Alabama entrepreneurs to vie for thousands of dollars in funding to grow their startups.

On Thursday, six finalists, three in two different categories, pitched their concepts to a panel of judges who ultimately decided who would receive the two oversized checks, one for $100,000 and another for $50,000.

In the concept stage, competing for $50,000, were CerFlux, a Birmingham-based company with an app designed to assist cancer patients in selecting the right treatment, Satterfield Technologies, a Birmingham-based startup focused on creating a better knee brace, and PartDispatch, a Huntsville-based business that helps customers get auto parts quicker.

In the seed stage, competing for $100,000, were Babypalooza, a Birmingham-based business helping new parents find parenting resources and products, Points, a Birmingham-based company with an app to reward customers for shopping local, and VentorLux, a Phenix City-based startup that uses a specialized fan to purify the air of deadly pathogens.

To date, the Alabama Launchpad Competition has provided nearly $5 million in investment funds for more than 80 Alabama startups of all kinds.

The winners of the competition, which has been ongoing since 2006, are valued at more than $200 million today.

“You don’t have to be in Huntsville or Birmingham to have success. Some great things are going on in less urban areas, and we want to spread the message that you can be just as successful in those places,” Spencer said. “We are intentional in going across the entire state to drive innovation and job growth—we’re here to spur up startups in every little spot in Alabama.”