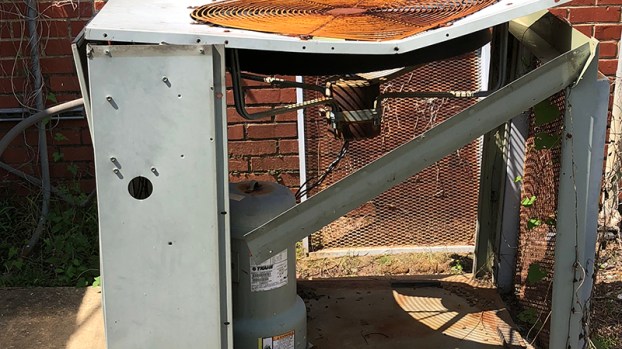 Selma City School Superintendent Dr. Avis Williams said that numerous HVAC units at both schools had been damaged including copper wire stolen and the entire insides of the units’ parts removed.

Williams said the recent thefts occurred this weekend, and that police reports have been filed with the Selma City Police Department.

Williams said the damage done at Kingston will make the school not be able to open at the appropriate time due to the lack of units working to properly cool the classrooms.

R.B. Hudson, however, will be able to open as scheduled, according to Williams and Director of Operations Joe Peterson.

“Getting Kingston fixed is our priority,” said Williams.

Williams and Peterson both said these thefts were concerning.

“Every dime we spend to fix things like this is money not going into the classrooms,” said Williams.

“We are serving the future,” said Peterson. “It really concerns us and it makes us really vulnerable when we are targets, and we are trying to serve what is becoming our future.”

Peterson said the cost to get parts replaced with labor will be around $65,000 at Kingston, and Peterson added that this is a low estimate; it could be higher.

“Hopefully by tomorrow (Wednesday) we will have bids in for Kingston units,” said Peterson adding that a plan for the Kingston students also is being formed.